The fascinating history of Hazelwood House

Hidden away off Essex Lane in Abbots Langley is the Hunton Park Hotel. But prior to becoming Hunton Park, it was known as Hazelwood, and what an interesting place it was…

In 1812 a stately gentleman by the name of Henry Botham arrived at Hazelwood determined to build an impressive country seat for himself. So he and his wife set about building what turned out to be a very fine house, covering 72 acres. 13 years later Henry passed away, his wife Lydia ‘Payne Botham lived on until 1838.

The house exchanged hands within the family, eventually ending up with Henry Robinson Montagu a soldier who had fought as a 16-year-old ensign at Waterloo. Henry went on to become Major General, being decorated by the monarchs of three allied powers. 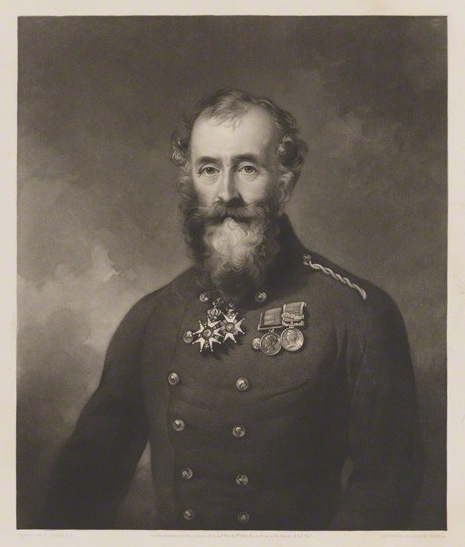 Hazelwood remained his country house where he lived with his wife and five children. During his time, Hazelwood employed a domestic staff of 21 full-time employees, – substantially more than any other large house in the area.

Following the death of Lord Rokeby, as Henry was now-know, in 1886, the new owner – another Henry – Rev. Henry Stewart Gladstone spent a significant sum of money on renovations only to see the house gutted by a huge fire on 08th of March 1908. Undaunted, the reverend rebuilt immediately. 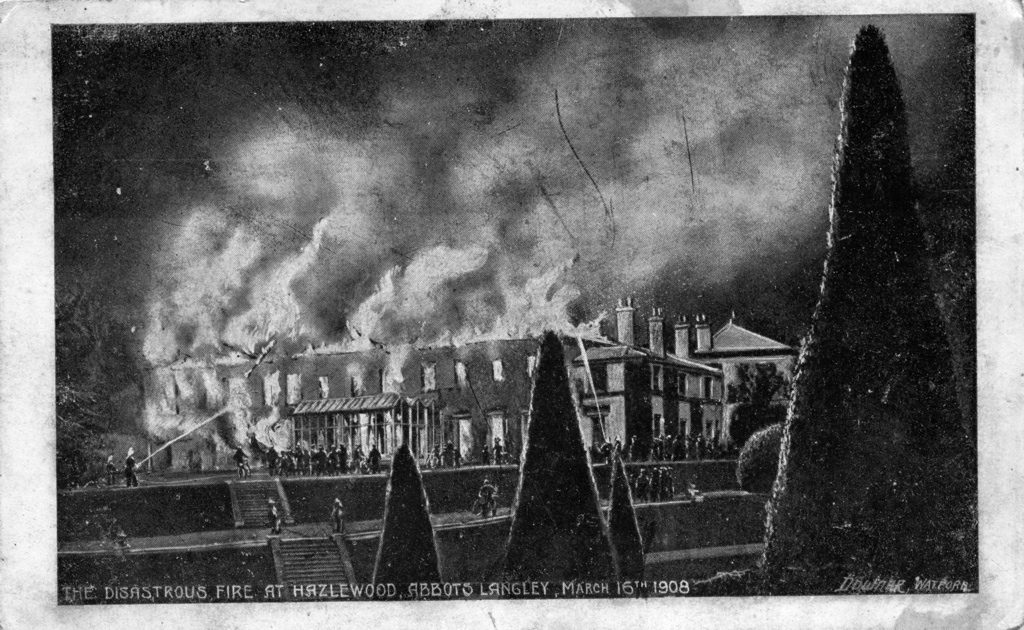 The Disastrous fire at Hazelwood

Then in 1930, Hazelwood was sold to the quite extraordinary Violet Olivia Cressy-Marcks (more about her in part 2), suffice to say that she wasn’t only special, she also had friends in “very high” places.

Eventually, during the second World War some of the estate was taken over by the MOD for aircraft manufacture, creating factories and an airstrip which became Leavesden Aerodrome. Following Mrs. Cressy-Marcks death in 1970, the house became somewhat dilapidated and increasingly hemmed in by the expanding housing estates.

In 1971 a property company sought permission to demolish the house and build a small housing estate but fortunately, planning permission was refused by Watford District Council. During this time, Hazelwood entered into another interesting period, as a popular film location. 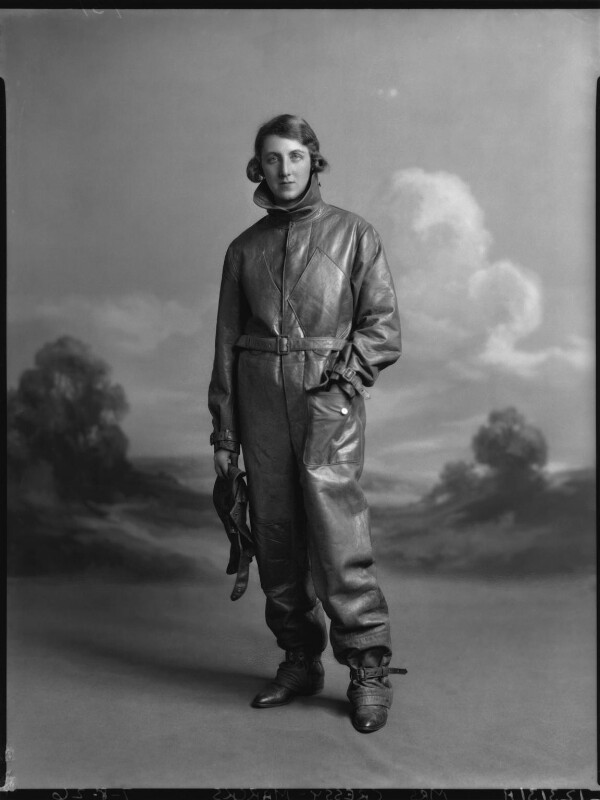 Gradually, the house continued exchanging hands, this time between businesses, latterly being purchased by Prudential Assurance in October 1986 who began a programme of restoration and additional building work, in order to improve the facilities at what was now formally called – Hunton Park.

Today, whether you are snaking up the hotel driveway on a snowy winter night, or relaxing in the ornamental gardens on a lazy summer afternoon, one thing is for sure – the romance and charm of Hazelwood House lives on.